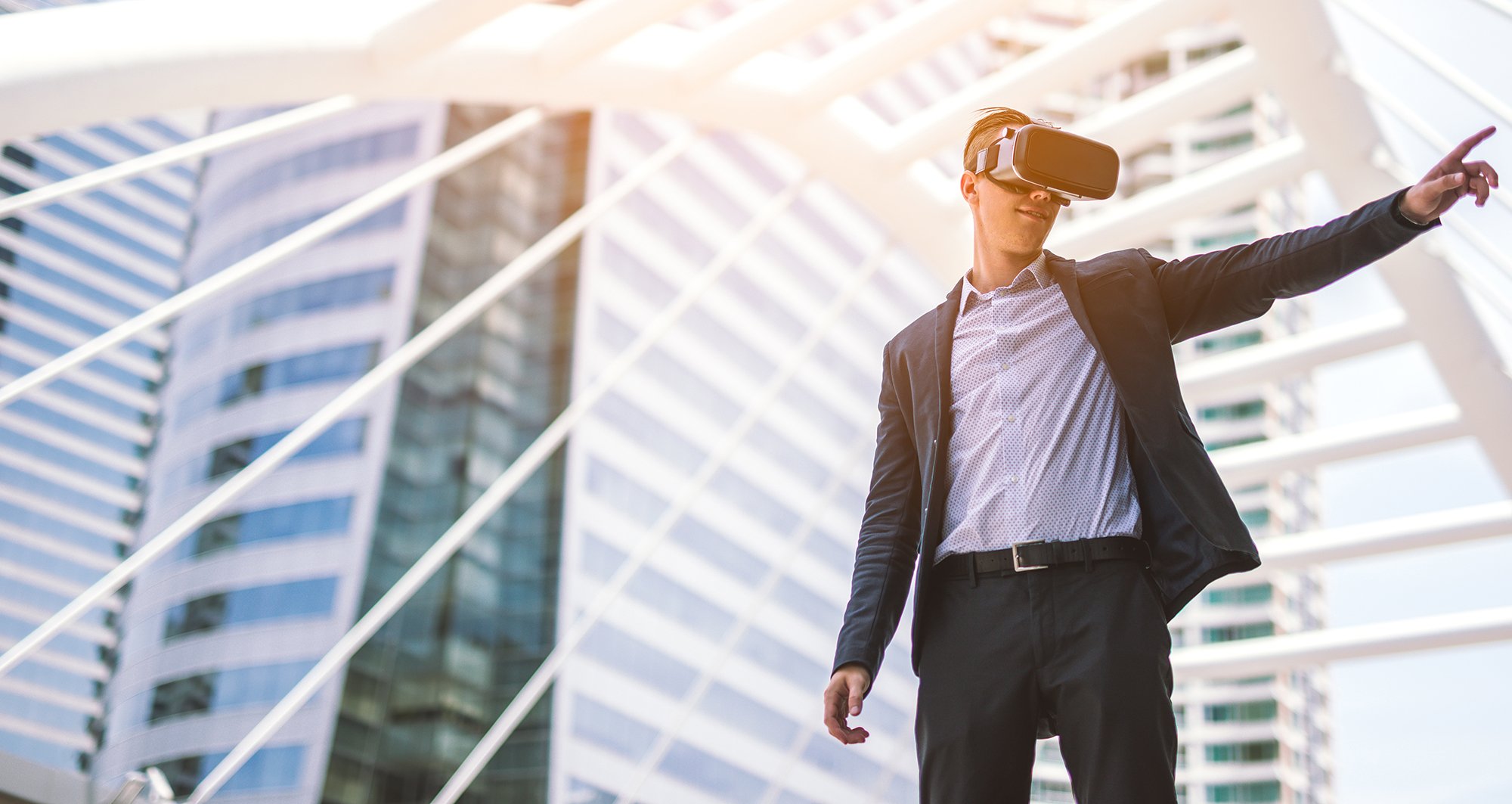 Posted at 16:36h in Digital Therapeutics by flavia

This month in VR we have selected the following papers:

February brought the VR community some solid clinical research papers that show both the promises and the pitfalls of this technology when it is applied to Health Sciences. Caution is, therefore, advised and most likely will be redundant to the mindful clinician when considering which group of patients are more likely to benefit from VR therapy.

You can access the abstract in PubMed via the link but some of them will have a paywall for their full versions.

We hope that you find them as interesting as we did.

In the first paper, Virtual reality therapy for upper limb rehabilitation in patients with stroke: a meta-analysis of randomized clinical trials, a review conducted by Mekbib et al. and published in the journal Brain Injury, a total of 27 studies met the inclusion criteria for the review. They were examined in depth in order to evaluate the therapeutic potential of VR as compared to dose-matched conventional therapies in patients with stroke. The authors concluded that there was evidence that VR group showed statistically significant improvement in the recovery of upper limb (UL) function versus the control group, showing VR to be ‘a promising therapeutic technology for UL motor rehabilitation in patients with stroke.’

Another systematic review worth mentioning is The Benefits of Emotion Regulation Interventions in Virtual Reality for the Improvement of Wellbeing in Adults and Older Adults: A Systematic Review, in which the authors set out to explore state of the art interventions in emotion regulation for wellbeing using virtual reality. They examined 414 papers and included 11 for more in-depth analysis. The authors stated that ‘The present review underlines that virtual reality systems evoke a general positive emotion and could promote a healthy life and an optimal state of functioning such as flow.’ They concluded that ‘the results of this systematic review show that technology can improve the ability of people to handle emotionally‐rich life situations by training more contextually adaptive emotion regulation strategies. The use of virtual reality in this sense is promising because it allows the user to learn complex ER strategies in the context of life‐like digital environments. VR interventions can modify the user’s ER by inspiring new actions, allowing for the modification of the emotional response across a reappraisal of emotional stimuli, and subsequently, memorizing the re‐evaluated experience. Finally, virtual reality is a tool that fosters a sense of environmental mastery and a feeling of personal growth and autonomy.’

Our third paper is a randomized controlled trial, Effects of immersive virtual reality therapy on intravenous patient-controlled sedation during orthopaedic surgery under regional anesthesia: A randomized controlled trial, published (free access) in PLOS ONE. A single-center, randomized control trial performed at St Vincent’s Hospital in Melbourne, Australia, compared a group of 25 patients receiving Immersive Virtual Reality (IVR) as a form of distraction therapy in conjunction with propofol patient-controlled sedation (PCS), and 25 receiving PCS alone. The primary outcome measure of the study was intra-operative propofol use and the analysis showed that there were no differences in patterns of propofol use over the course of each procedure.  Moreover, postoperative satisfaction scores were equivalent in both groups, which led the authors to conclude that ‘In patients receiving joint replacement surgery under regional anesthesia with PCS, IVR was well tolerated but did not decrease the overall sedation requirement.’

The fourth paper we bring to you this month is another RCT, Effects of early virtual reality-based rehabilitation in patients with total knee arthroplasty. A randomized controlled trial, also published free access in the journal Medicine. In this study, the authors wanted to compare the efficacy of early VR-based rehabilitation with traditional rehabilitation provided by physical therapists after primary total knee arthroplasty (TKA). A total of 85 subjects were randomized to receive 60 minutes/day sessions for ten days before being discharged from the hospital. The primary outcome was pain intensity. In this study, VR-based or traditional rehabilitation, with 13% of dropout rate, showed no statistically significant pain reduction between groups. However, a statistically significant improvement was present in one of the secondary outcomes, the global proprioception (P = .0020), in favor of the VR-based rehabilitation group.

And for our last paper this month, a positive RCT, Virtual Reality Analgesia With Interactive Eye Tracking During Brief Thermal Pain Stimuli: A Randomized Controlled Trial (Crossover Design), published free-access on Frontiers of Human Neuroscience with healthy volunteers to explore whether interacting with virtual objects in Virtual Reality (VR) via “hands-free” eye-tracking technology integrated into the VR helmet makes VR more effective/powerful than non-interactive/passive VR (no eye-tracking) for reducing pain during brief thermal pain stimuli. For that purpose, 48 volunteers received a brief thermal pain stimulus during interactive eye tracked VR and another one during non-interactive VR. They were asked to evaluate the cognitive, sensory and affective components of pain, and rate the amount of fun they had after each pain stimulus. The authors found out that increasing the immersiveness of the VR system via interactive eye-tracking significantly increased how effectively VR reduced the worst pain during a brief thermal pain stimulus.

See you in March. 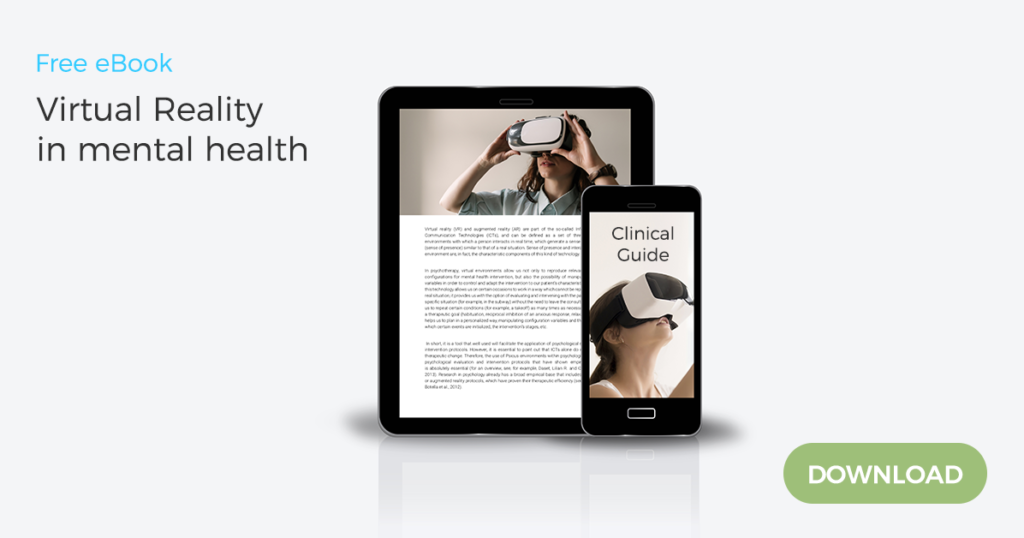