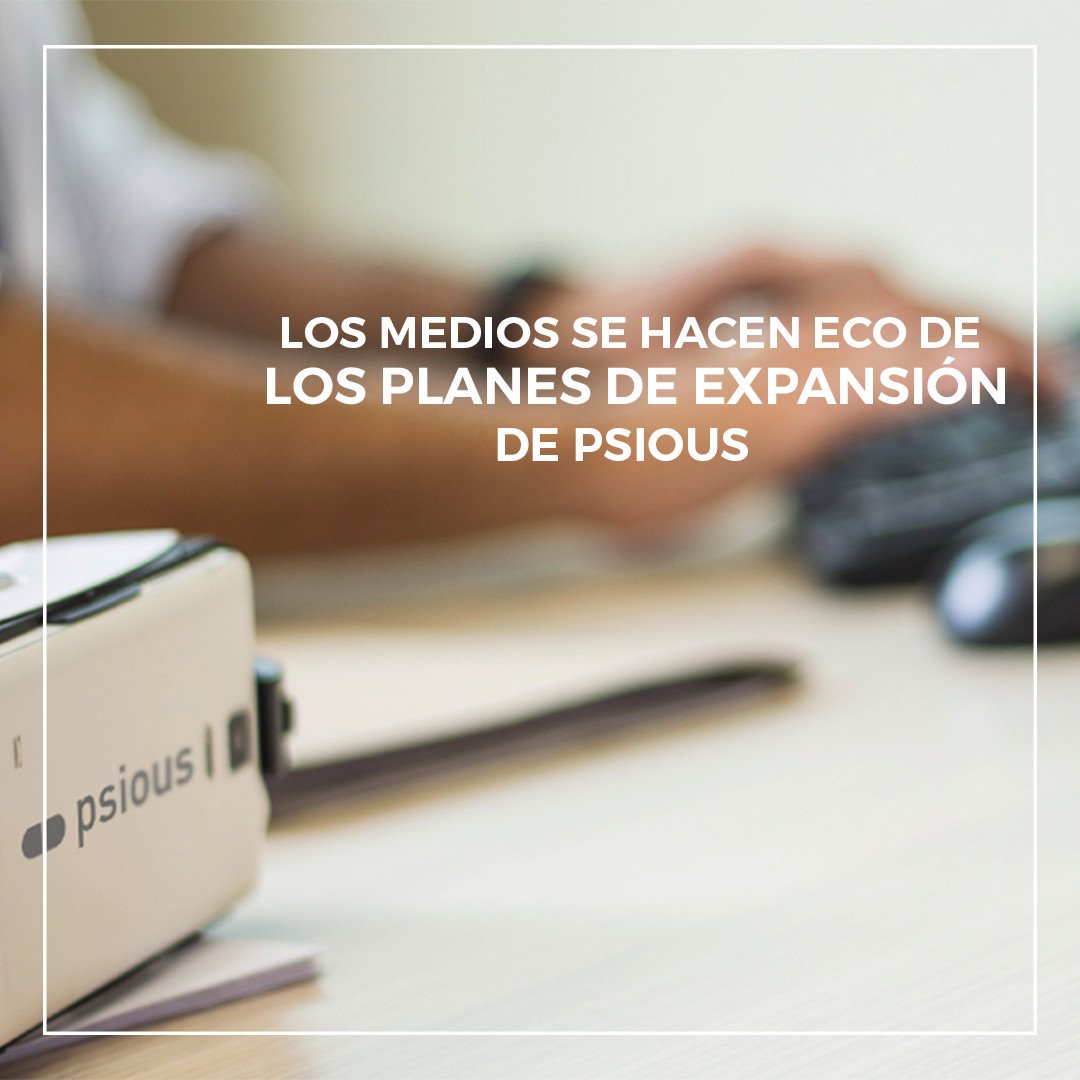 30 Jul The media echoes the expansion plans of Psious

Posted at 10:36h in Psious News by Lluís Vicent

The media echoes the expansion plans of Psious

Psious has announced the closing of a financing round of 8 million euros.

This investment will allow the startup to complete the development of virtual reality environments for use in mental health therapies. For this, Psious has consolidated its clinical activity through international studies that analyze the therapeutic effect of virtual reality in the field of cognitive-behavioral therapy.

It will also continue with the same business model developed so far in which around a thousand professionals in Spain and Latin America have the Psious platform for their daily practice. Likewise, the startup will expand internationally to customers in Europe and the United States. According to Xavier Palomer, CEO of Psious: “This round of financing is a confirmation of the work developed by Psious since its foundation”.

The investment has not gone unnoticed in the media, both in the economic ones, such as Expansión Catalunya (in both formats, digital and paper), or El Economista, as well as generalists, including Crónica Global, El Periódico and La Vanguardia (also in digital and paper), regional media such as El Diario Vasco and press agencies such as EFE.

As estimated by the World Health Organization (WHO), some mental or neurological disorders will affect 25% of the world population at some point in their lives and currently, the number of people affected exceeds 450 million throughout the world. WHO has appealed to governments around the world to invest the necessary resources in research, therapies, personnel and new technologies to mitigate this growing phenomenon.

It is for this reason that Psious is committed to continuing its growth by providing technological, innovative and effective solutions to the growing mental health sector.