14 Jan “Virtual reality is more effective for treatment, than imagination or a real situation”

Posted at 16:09h in Digital Therapeutics by flavia 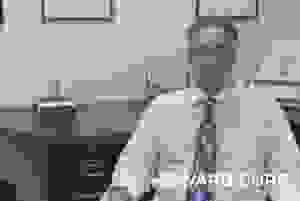 “Virtual reality is more effective, for treatment, than imagination or a real situation”

Howard Gurr is a licensed clinical psychologist in the state of New York (United States) with more than 35 years of experience behind him. His speciality in school psychology kept him around 33 years in institutes and colleges until in 2013 when he decided to open his own private practice in Long Island, southeast of the Big Apple.

Gurr opened his practice with the aim of focusing on therapies for patients suffering from anxiety, stress, fear of public speaking or other anxieties related to living in the most metropolitan city in the world, New York. As a cognitive-behavioral psychologist, his therapies were based on visualization techniques and “in vivo” experiences until in 2015 he met Psious.

Howard had always found it interesting to know the new trends and advances in health and, above all, in psychology. In fact, he learned about the application of virtual reality from Dr. Skip Rizzo in early 2000 when said doctor developed a virtual reality room for the treatment and evaluation of ADHD in children and adolescents. The high price, the difficult logistics and the low resolution of the tool did not convince Gurr at all but saw virtual reality as an opportunity for psychology. It was then, 15 years later, in 2015 at a conference on psychology where he heard about Psious and as a reflex act, he incorporated it into his office without further ado.

Gurr saw in Psious an opportunity to treat his patients’ phobias, but over time, he discovered that the tool could be applied in most patients, whether they had any phobias or not. For Howard, the incorporation of Psious meant re-teaching his patients that it was feeling relaxed and living a full life with less effort and fewer sessions.

“Psious has become the gold standard for psychologists in the treatment of phobias, I really can’t believe how other therapists don’t adopt virtual reality in their practice.”